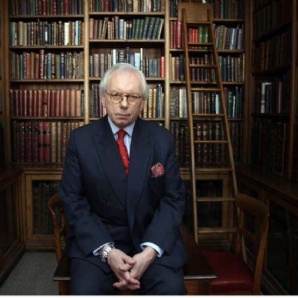 RENOWNED historian Dr David Starkey will lecture to Carlton le Willows Sixth Formers in January after accepting an invitation to visit the school.

Eminent author Dr Starkey has agreed to deliver two talks at the Academy on Monday 14th January – after Year 13 history student and Deputy Head Boy Henry Beale got in touch with him.

During the afternoon Year 12 and 13 history students will hear Dr Starkey talk about Henry Vlll’s transformation into a tyrant followed by a Q and A.

This free exclusive session will then be followed by a further talk in the evening when Dr Starkey will talk about Henry Vlll and Brexit – how he believes the infamous king would have dealt with the situation.

Tickets for this event will cost just £5 and are available to other Academy students and parents. They are available from West reception on a first come first served basis.