Academy student helps save a life 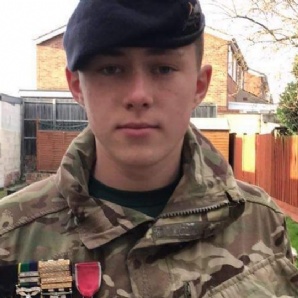 Quick-thinking Carlton le Willows student Oliver Lee has made the headlines after he stepped in to help a local resident.

Fifteen-year-old Oliver was on his way home from school when he found the elderly woman collapsed in her garden, called an ambulance and administered first aid.

Paramedics called to the scene told Oliver - an Army Cadet trained in First Aid - the woman’s pulse was so low that timing was crucial and Oliver’s help may well have saved her life.

And they say the Year 11 student could now be in line for an award in recognition of his actions.

Said Oliver: “I think because I’ve been trained in the Army cadets, I wasn’t phased, I just knew I had to help. I’m so glad I went back and that I knew how to help her.”

Head teacher Mr Weaver said: “I am so proud of Oliver for acting in such a responsible, kind and caring way. What an outstanding young man. He is a credit to this school and a great role model for all our students.”