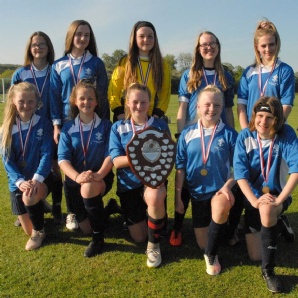 Year 8 girls' football team from Carlton le Willows Academy are the new County Champions after winning the County Cup on penalties this week.

The team faced Rushcliffe School in a hotly contested final, which resulted in a score of 2-2 at the end of normal time.

Charlotte Wallace scored both the Academy's goals, with  goalkeeper Georgia Townend saving a penalty to enable CLW to win the shoot out.

The team earned their place in the final after strong performances throughout the tournament and a decisive 7-2 win against Minster School in the semi-final.