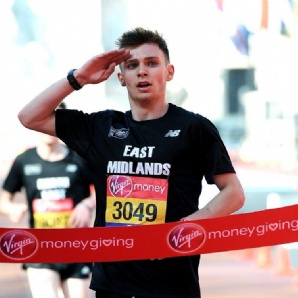 Year 12 Luke, already a Commonwealth Youth Games bronze medallist, was delighted to claim victory in the under-17s race, completing the three-mile course in 14:24, two seconds ahead of the next competitor.

“I’ve always wanted to win this competition,” said Luke (17), who was running for the East Midlands. “It’s a massive bucket list race for me. I’ve been doing it since I was 13. To win now in my last year is unbelievable.

“Everyone wants to win here. The feeling coming down The Mall, I’ve never felt anything like it.”