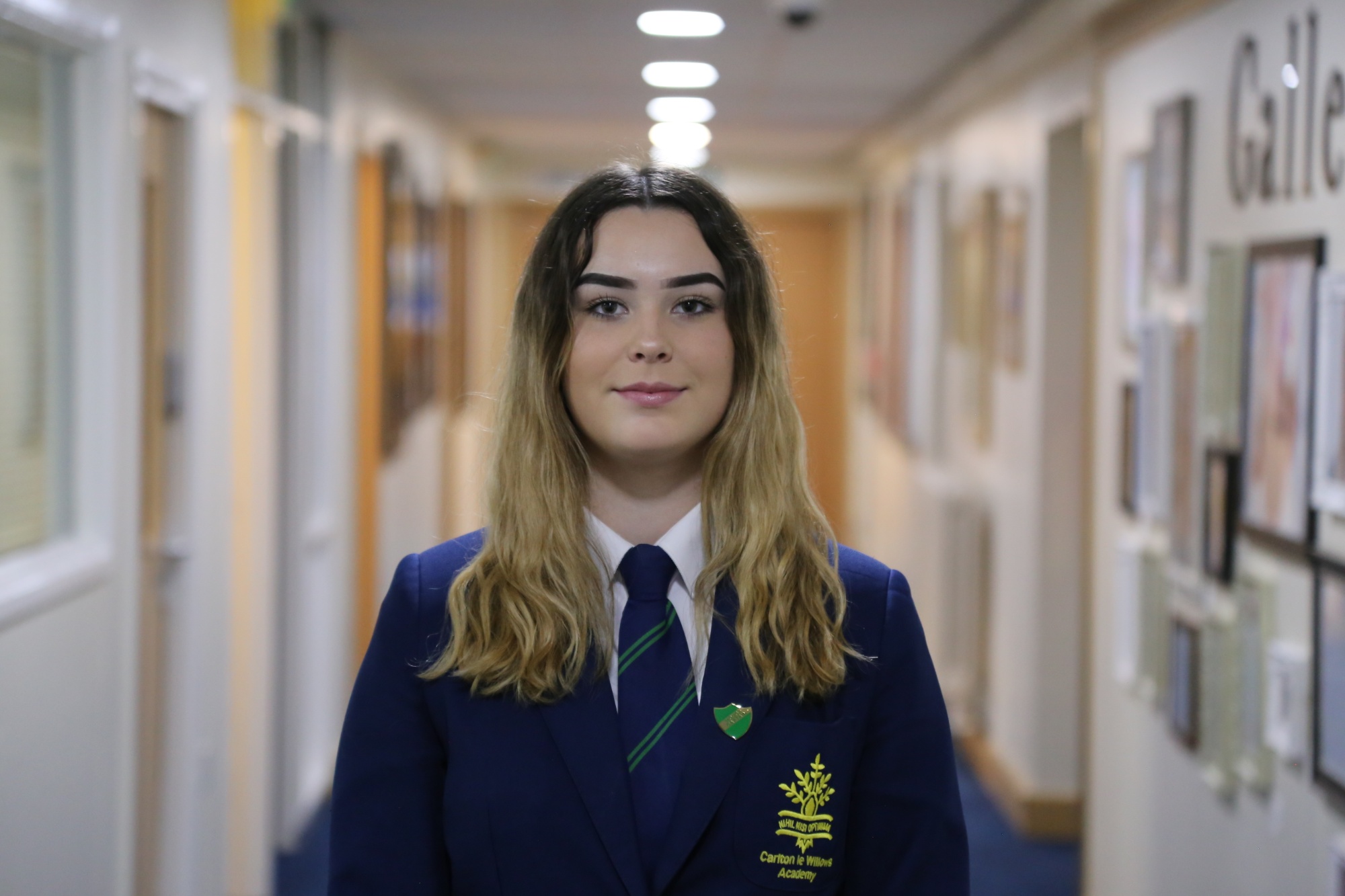 YEAR 11 athlete Skye Fawsitt earned the County Champion title for Hammer in summer earning her a place at the prestigious Mason Trophy event in Birmingham.

Skye (then in Year 10) threw a personal best on the day of 30.52, competing against the very best young throwers in the whole of the Midlands region, many of whom were a year older.

The Mason Trophy event marked the end of a hugely successful season for the all-round athlete, who had come first in the 100m Inter Girls at the Gedling Athletics Championship in May.

This earned Skye (15), a place in the County Championships the following month. She also joined fellow Academy athletes representing Carlton le Willows in the regional finals of the English School Track and Field Cup in Wakefield.

The athletes from Years 9 and 10 each had to compete in two events, finishing in third place behind winners Bradford Grammar and second place Wakefield Girls High School.

Skye was once again a stand out competitor on the day winning 100m in the first round and the finals of the hammer event.