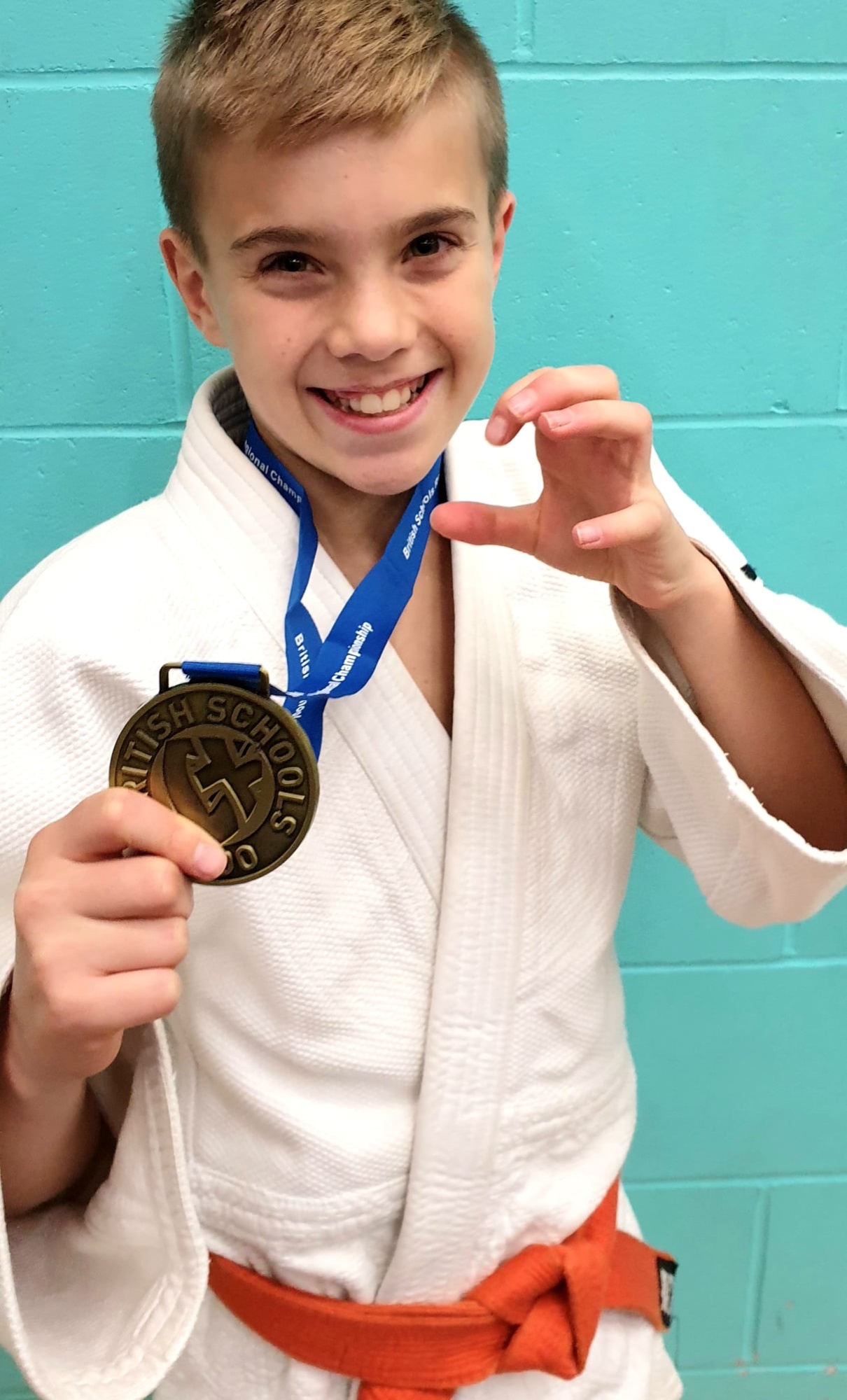 East Midlands Judo champion Reece Cave earned himself a place on the winner’s podium at the national championships in Sheffield in March.

This was the second time 12-year-old Reece had competed in the GB competition after taking top spot in the regional tournament this year, following on from a silver medal position in the regionals last year.

Reece who has been doing Judo since the age of 4, already has a history of medal success having competed in more than 17 competitions including two at international level. Highlights from last year include securing gold medals at the Cobra Judo U12 Grade Branded Open 2018 and the Cobra Judo U12 & Cadet Open 2019.

For the last three years Reece has won Competitor of the Year at the Nottingham Judo annual awards evening and earlier this year was accepted on the Regional England Development squad for the sport.